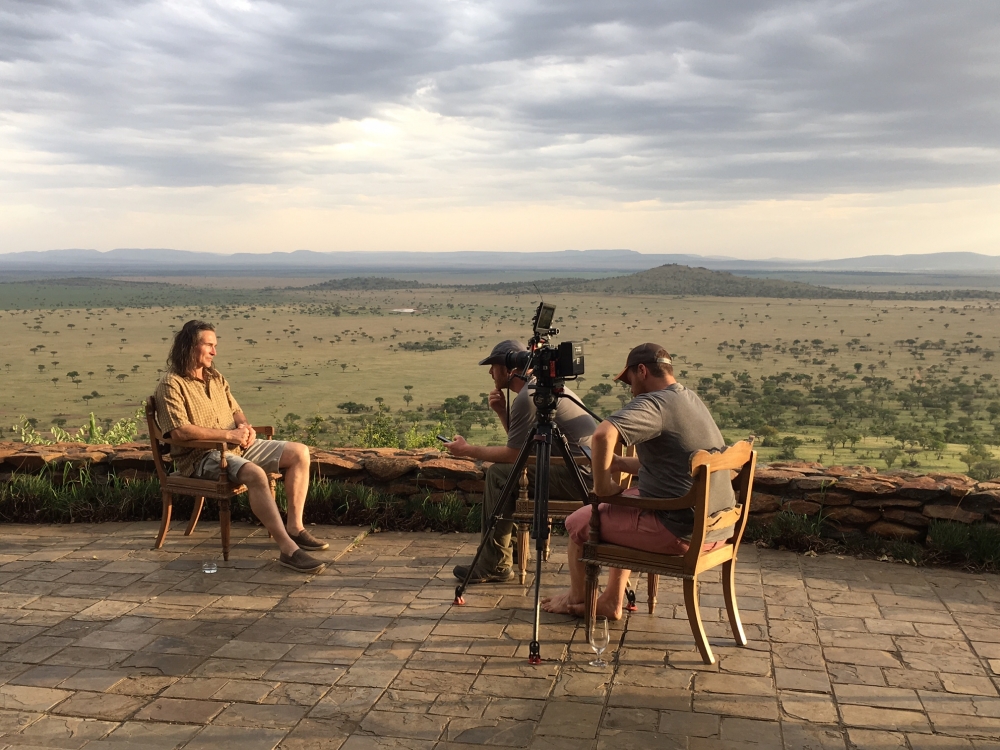 "The process of fine art and filmmaking share a common genesis. The nexus is a good story and then great characters to tell the tale. Good research and camera (sketch pad for studies) work. Then the real art comes in the editing room (studio) where less is more and the strength of the rough (composition in painting) comes to life by what you leave out, not by what you put in.

Today there are more films being created than ever before so often proprietary access is needed to make something special and not yet told, and like in fine art, you feel as though you are seeing it for the first time. I like to get behind and work with talented and passionate visionaries in film. Working with the most talented directors and cameramen is crucial as unlike a solo artist in the studio, filmmaking takes a village….and what a talented team we have creating “Edge of Existence”  and “The Last Horns of Africa”. John Banovich 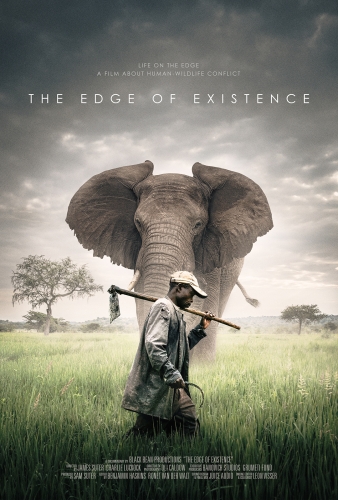 Edge of Existence: The Film

James and Sam Suter and their partner Oli Caldow from Blackbean Productions are truly gifted story tellers. Their passion and work ethic and willingness to take creative risks combined with a scholarly knowledge of Africa and its people makes them leaders in the world of African filmmaking.

I partnered with them because I felt this was a story that had never been told before. It is the number one issue facing conservationists today and it is plaguing the animal kingdom because as human populations rise, animals are pushed into more defined areas. Africa is the last of the Pleistocene era harboring big things with big teeth and they can be a difficult thing to live side by side with. The human/animal conflict has exploded to an unprecedented point in human history. The decisions we make today will seal the fate of wildlife for future generations.

The Grumeti Reserve: I have never seen such a successful conservation story in all of Africa. When Grumeti was first taken over by the investors, game was hard to find and the migrations seemed to just pass through as it was not a place that offered to much to them. Animals were being slaughtered for the bush meat trade and Wildebeest and others were being killed by the thousands. Within a few years of good stewardship, combined with community investment and support, the game started to return. Eland, Buffalo, lions and zebra and the beloved wildebeest. I always say if you simply provide wildlife a protected place to live, with food and water, they will come and they will thrive.  We don’t need to save wildlife, they need a protected place to live and they will save themselves: They are very good at it.  But the human populations also exploded in the last 15 years and has created a severe competition for resources and in this test of wills, always  the animal loses. John Banovich

Black Bean Productions in association with Banovich Studios has set out to document and uncover the untold story of human-wildlife conflict in Africa. This issue is becoming a serious threat to wildlife and conservation areas due to the the increasing population and pressures on wilderness areas. It also affects the livelihood of many people, on a daily basis. This is the teaser video for the documentary which aims to tell the story of key characters on the ground, who face daily challenges in terms of living alongside Africa’s wildlife. 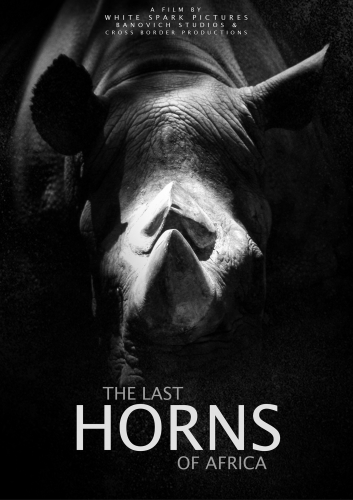 The Rhino story is one of the biggest tradgedies in modern times. The rhino is an animal cursed with the most expensive substance known to man-its large horns.  In fact a really large horn is worth nearly one million dollars on the black market. Poachers will go to great lengths to get it and it has attracted societies worst people, including organized gangs. They will stop at nothing to get their illegal cache including the murder of men, women and children who might get in the way.  The tragic truth, its for a body part for which the animal does not have to be killed. Horns are 98% keratin, can be removed with no harm to the animal and can grow back in 7 years. Its like killing the cow to get the milk. It is the only animal being poached for the traditional Chinese medicine market and displays of affluence that doesn’t have to die. Disunity is ramped amongst these stakeholders and while politicians debate the issue of the legalization of the trade, animals are dying all around us at a rate of one every eight hours. It is a complete ecological tragedy.

I am so thrilled to be the executive producer and to be working with the creative team of Morgan Pelt, Garth De Bruno and Sean Viljeon and Ivan Carter. This south African foursome is a team of passionate, inspired, talented and dedicated directors and story tellers that want to make a huge positive impact in the rhino crisis. We want this sorry to reach the masses, secure more protected habitat and make a huge difference in rhino conservation.  John Banovich

This story will take you into the dark underbelly of the rhino poaching crises and inside the mind of a poacher. It will also introduce you to some of the hero’s on the frontline trying to save the rhinos while the world is debating whether to make trade in rhino horn legal or not.

Directors Garth de Bruno Austin, Morgan Pelt and Sean Viljoen are truly master storytellers and incredible artists with a camera. A big congratulations to the creative team and Maria Homann who has kept us on track. Well done team-thank you all, we love you!

Black Bean Productions in association with Banovich Studios has set out to document and uncover the untold story of human-wildlife conflict in Africa. This issue is becoming a serious threat to wildlife and conservation areas due to the the increasing population and pressures on wilderness areas. It also affects the livelihood of many people, on a daily basis. This is the teaser video for the documentary which aims to tell the story of key characters on the ground, who face daily challenges in terms of living alongside Africa’s wildlife.

Keenan Ferguson documenting a day spent with the scouts of the Singita Grumeti Fund who are based in this area and work to protect the wildlife here. They are almost all from the surrounding villages and having grown up here understand the challenges faced by so many people when it comes to human-wildlife conflict, and they also have shared with us how this has developed and become worse over time. Dedicated individuals who have shared so much with us.

EOE-Gotera Magesa, Head of Special Operations at the Singita Grumeti Fund, a leader amongst the scouts within this team. We have worked with him a huge amount - a big part of this documentary and an amazing individual - involved in this challenging work each and everyday.

EOE-Documenting the ambush and capture of alleged poachers.

Edge of Existence documents the untold story of human-wildlife conflict in Africa. A topic often discussed in conservation circles, but unknown to the majority of the public. An issue that threatens the survival of both people, wildlife and some of the last remaining wilderness areas on earth.

This is a global issue, not limited to Africa, and if not addressed urgently will have a catastrophic effect on the environment and on communities that live alongside wild animals on a daily basis.

The documentary aims to tell the story of key characters on the ground, who face daily challenges in terms of living alongside Africa's wildlife - we show it from their eyes and to hear their point of view on this topic. Our hope is that this film is not only engaging and entertaining to watch, but that it educates people around the world, about the magnitude of an ever increasing worldwide issue. In many areas this problem is now reaching crisis level and we hope the documentary will help uncover solutions, connect communities, conservation authorities, and government.

The feature length documentary ‘Disunity’ examines the disagreements and conflict within the conservation movement, in particular the stakeholders involved in protecting the rhinoceros in their range states across the African continent.

It has been nearly 40 years since the Convention of International Trade in Endangered Species of Wild Flora and Fauna (CITES) placed a ban on the international sale of rhino horn, and since then, 95% of the world’s rhino have been lost with all but one species considered critically endangered. On top of this, the Western black rhino was declared extinct by the IUCN in 2011 and there are only 3 left of the Northern white rhino. With the April 2016 announcement that the South African government will not be putting forward a proposal to CITES to vote on legalizing the rhino horn trade, these stakeholders now find themselves in a position where they either unite or face inevitable extinction of one of the world’s most iconic animals.

Filmed for a year in just under 20 countries, ‘Disunity’ will be offering its viewers an inside look into the complexity of life for people who live with and face the daily struggle of protecting the rhino. The documentary will also be examining the role poverty plays in the rural communities from which the majority of poachers originate. Often deemed as ‘evil’ and ‘the enemy,’ black Africans have become the go to stereotype of anti-poaching campaigns to ‘save the rhino.’ However as history tells us, situations like this are never quite as black and white as some people would like you to believe.